Employment Services is one of the growth industries booming under current government policy.

Partial privatisation of what previously had been the domain of a government department created a host of providers with varying skills and delivery capabilities.

Recently, with the commencement of the new Commonwealth Government’s Job Network Contract, one of the Job Access Contractors to be re-endorsed with notably increased responsibility was Brisbane based Sarina Russo Job Access (SRJA). 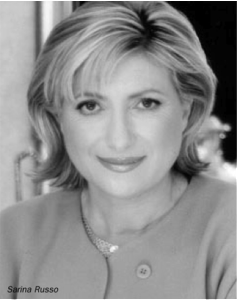 The company has a network of 30 offices, centred in Queensland but already well established in Victoria.

In being selected by the Federal government for a third time, Russo admitted that they are quite proud of their accomplishments.

“We have achieved good results in assisting Australians into employment since the start of the Job Network in 1998,” she said.

The rapid expansion meant that SRJA had to improve their current equipment requirements for the benefit of their clients and staff.

A critical area that needed attention was to upgrade their office equipment such as copiers, scanners and fax machines.

The brief from SRJA to Toshiba Australia established the requirement to standardise equipment across their network.

It required copy, scan, print and fax functionality in a single unit. Also the unit interface had to be simple as both staff and clients needed to easily access the equipment.

SRJA’s timeline was extremely short and there was considerable pressure on both schedule and budget.

“We did face a tight time line and we were looking at upgrading our technology to meet the future needs of the new contract,” said Russo.

“We went to the market and finally selected the e-STUDIO range from Toshiba,” stated Russo.

Russo explained that one of the main reasons Toshiba appealed was that the brand has a good reputation for reliability and the equipment impressed her evaluation team with solid build and easy to use controls.

“All of the machines are network connected offering Copy, Print, and Faxing for staff and clients,” she said.

“When assessing the e-STUDIO on the network our IT department were impressed with the performance. Also our offices are currently located along the Eastern Seaboard and Toshiba’s Dealer Network had all the areas covered for field technical support,” stated Russo.

Customer support and Equipment Uptime was high on Russo’s list of requirements.

Disappointing experiences with their previous supplier had made them doubly cautious so they scrutinised all the potential suppliers claims.

“Toshiba customers verified that what Toshiba said they would do did happen. So we were very comfortable with our decision,” she said.

“Also Toshiba’s attitude was refreshing. They were extremely flexible.”

As the branch rollout continued to grow and their final specification for equipment evolved, Toshiba managed to keep pace with the changes demanded by Russo.

“Nothing was too much trouble. Apparently they even involved their factory in the process and Toshiba in Japan cooperated to ensure everything went smoothly here in Australia,” Russo claims.

“Lots of the solutions Toshiba came up with during this period delivered better outcomes than previously anticipated,” said Russo.

“We took models from right across the range. Small branch applications used the e- STUDIO 16 page per minute model. While heavy use areas installed faster print speed units like the e-STUDIO 35 right through to 81 page per minute high volume machines,” she said.

For example, the e-STUDIO 160 with Copy/Print/Fax&Scan was selected by SRJA as their client services machine. These are located their Job Centres and are networked allowing SRJA clients to easily update resumes and scan references to file. Russo explained “This keeps their portfolio current and keeps them in the front line of job seekers”.

“You can appreciate that in this situation it is essential that the equipment must be easy to understand and easy to use,” said Russo.

“Toshiba was hands down the best in this area.

“We set out our requirements and Toshiba not only responded to them completely but also offered several alternative and as it turned out in some cases better solutions that saved us money and improved the outcome,” she said.

One of the major considerations was financing.

“Obviously we don’t want to have capital unnecessarily tied up in equipment and the finance package provided by Toshiba allowed us to optimise the use of our e- STUDIO fleet to best practice level,” explained Russo.

Their network is running Windows XP® on NT 4 platform.